talk2lift®
brings the power
of speech recognition
to any
elevator cabin

talk2lift®
brings the power of speech recognition to any elevator cabin,
enabling passengers to voice-control the lift, making the use of elevator
a) easier for everybody and
b) accessible to more people,
especially to those that have difficulties in using an elevator,
such as people with eyesight or movement disabilities.

talk2lift®
is a worldwide patent pending and bears the CE conformity mark.

talk2lift®
can be added to any elevator cabin. The cabin holds an <extra button> which upon pressing prompts the passengers to say their destination. Users can thus use the lift in the conventional manner. The extra button is especially designed to be accessible by wheelchair users as well as by visually impaired people. 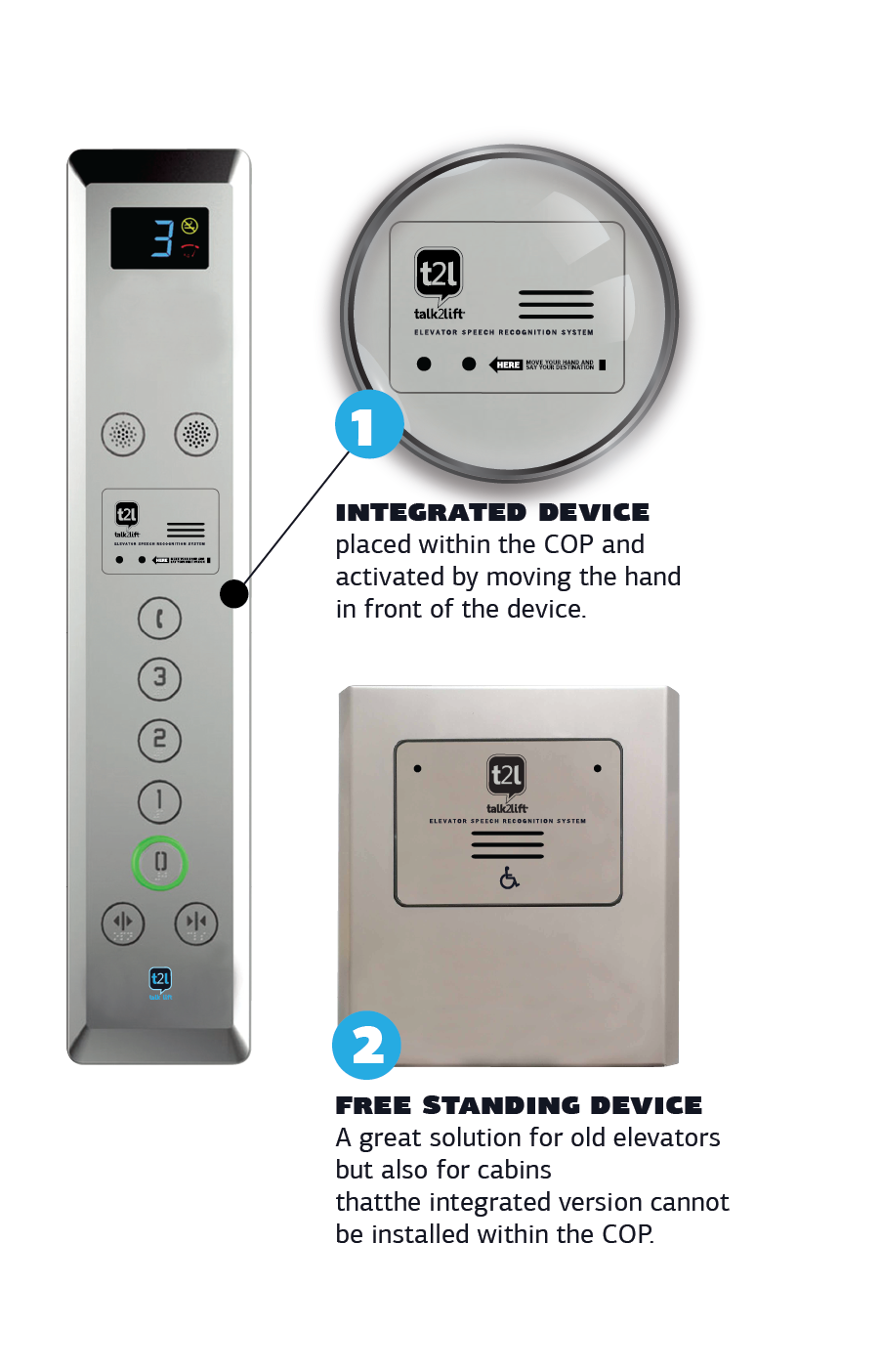 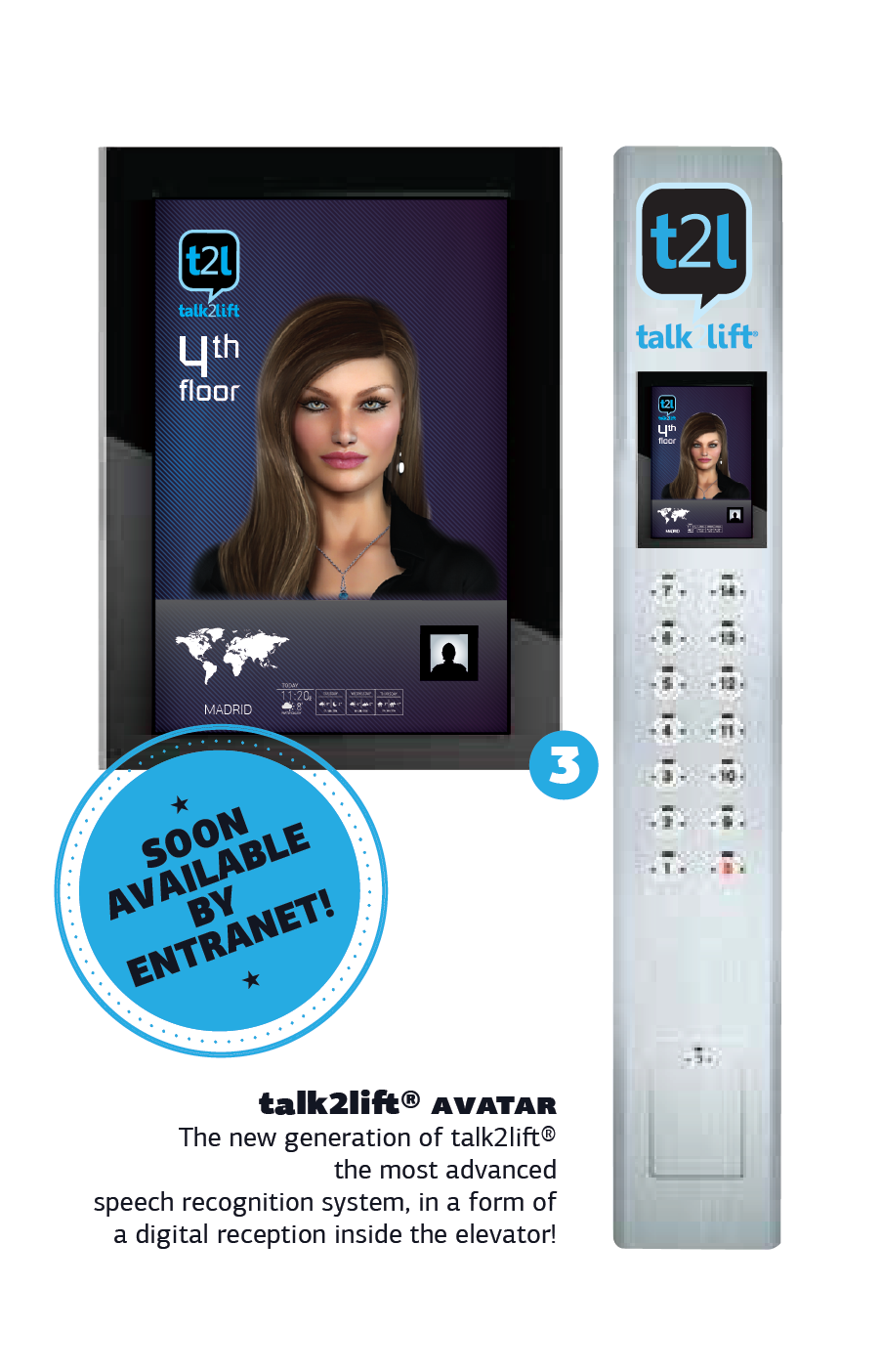